How We Got Together In Just 10 Days

From 2nd December 2014 that day onward, we chatted everyday via Line. In the morning of 3rd December, she first started saying good morning to me. Since then, we said good morning and good night to each other every day till now. In the beginning, we mainly chatted about knowing each other more.

Read this: How To Overcome Speechlessness?

That’s what everyone does when a relationship just started. From that time onward, my phone became very important to me and I always looked forward to receive any new messages as they could be the messages from her.

A few days passed by, she asked me whether we could meet up again. Deep in my heart, I wanted to meet her. But between Kao Hsiung and Taichung, the bus ride was about two hours. And I knew my parents wouldn’t allow me to meet a “stranger”. At the first place, I was so afraid to even ask their permission as it was my first time asking to meet a girl whom I didn’t know her initially. (I am still young and pursuing my education. Even till now, many decisions of mine still have to get permission from my parents. I’m not financially independent anyway.)  So I declined her saying that it was not convenient. I did tell her the reasons.

Read this: How To Earn Money As A Teenager?

A week had past, her request to meet up was still in my mind. I just kept on thinking about the possibility and how we could meet up because I had a crush on her already. So did she, I guessed. Finally, I decided to ask my parents about meeting her. It was because of that strong eager which overcame my fear of asking them. They were surprised by my decision. That was the first time their son was asking to meet a girl so I supposed they didn’t really know how to respond to that situation. Anyway, after some discussion and negotiation, the good news was that I got a green light from them. However, they definitely worried for me as I was meeting a girl I didn’t know. So they reminded me many things which I couldn’t remember them already.

The photo we took before I left Kao Hsiung on 10th December 2014 – the first time I went to find her.

2 days later which was the 10th day since we met (12 December 2014), she came to Taichung to meet me. I brought her around Taichung. We watched a movie as well as visiting the famous night market in Taichung. We had a lovely time sitting at a stair in the tourist attraction and viewing the beautiful night scenery together. We chatted a lot of things. It was winter that time in Taiwan so we cuddled together and secretly wishing the night wouldn’t end. By this time, both of us knew we had a place in each other’s heart. This was the day we got together. Yes, we got together 10 days after we met!8 days after we met each other at the SPA, I went to Kao Hsiung to find her. She brought her friend along as it’s also the first time she’s meeting a guy she didn’t know. It was a wise decision she made as we all wouldn’t know what would happen when meeting a stranger. We had a good time that day. We went swimming (Swimming is our common hobby. I was a competitive swimmer by the way, so I taught her some skills.) and some sight-seeing.

This was the day she came to Taichung to meet me. It was also the day we got together!

And that’s how we became girlfriend and boyfriend! No one chasing after another. Everything just happened magically.We didn’t explicitly asked each other about our relationship status. But we all knew the answer in our hearts. We started calling each other girlfriend and boyfriend and 2 days later we decided to set 12 December 2014 as our anniversary. It’s amazing how we could speak right to each other’s heart when we said nothing at all. It was tacit understanding I guess and we were on the same frequency.

And that’s how we became girlfriend and boyfriend! No one chasing after another. Everything just happened magically.

Next: Our Hard Times 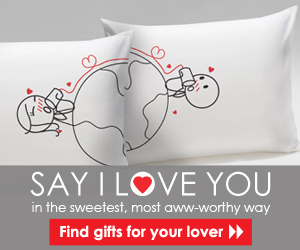