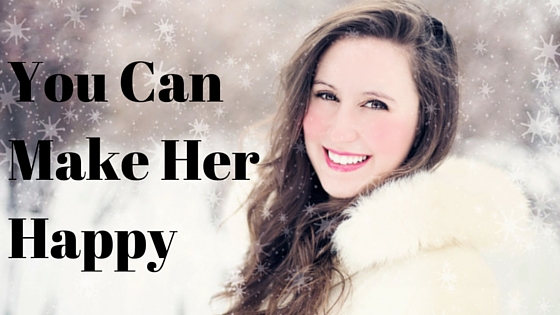 How To Make My Girlfriend Happy? Personal Case Study #1

How to make my girlfriend happy? This is a common question that many people have asked me before. My previous post was on “How to build trust in a long distance relationship? Part 1: The Golden Rules“. I know I should be embarking on Part 2: Actions. But before that I want to make a personal sharing about something that just happened to me last night because I believe it is worth sharing with you guys. I hope it will benefit you in any of your relationship, not just long distance relationship, and ALWAYS make her happy 🙂

Here Is What Happened Last Night…

I’m currently serving national service in Singapore while my girlfriend is working in Taiwan. I was in camp last night. I had a little quarrel with a selfish bunk mate. I don’t want to touch on that because it’s not the main point here. Long story short, he flipped the table in the bunk and shouted at me. He is the kind of person who is very impulsive and like to fight with people. I know I was certainly right in that quarrel but there was no point fighting with people that is not at your level of maturity and is not able to communicate. Despite that, it affected my mood so I wasn’t in a good mood last night.

As usual, my girlfriend called me via LINE to have our daily chat before we slept. But, she was not in a good mood either. Her mentor from her company had given her a list of tasks to be completed that day. However, they had an event in her company last night and she reached home quite late. So she was quite annoyed while she was doing her task and talking to me at the same time.

Both of us were in a bad mood and she was not focused on talking to me. I had two choices. The first one was to get mad at her and blame her about her indifference while talking to me. This was the choice I would probably make last time especially when I was not in a good mood. However, I chose the second one which was to adjust my emotion first and comfort her, after that, give her my advice to help her solve the problem she had.

How I managed to choose this and actually make it happen is because I had prior experience to similar situation. I realized that blaming her would not help to solve the problem. Instead, it would worsen the situation and eventually both of us would get mad at each other and end the night with quarrel and bad mood.

So, you could probably guess the outcome already. The outcome was she wasn’t annoyed by the tasks she had anymore and she actually thanked me for guiding her. We ended the night with love and happiness because she got her problem solved and she loved me even more for being so helpful and caring. My bad mood was gone as well because solving her problem and making her happy actually made me happy too! I believe those of you who had experience before will understand this kind of feeling. I felt so happy and blessed that I actually managed to overturn the situation and ended with a happy ending.

So…What Was The Actual Problem & What Advice I Gave Her? 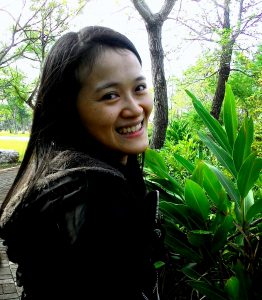 Her smile will always light up the day! Keep her smile always 🙂

The problem was that she was given seven tasks to complete by that day but it was already 10 pm. She was frustrated at the amount of tasks to be completed in such a short period of time.

My advice for her was to focus and complete ONE-BY-ONE as much as possible. She likes to do a lot of things simultaneously. Just like she was talking to me indifferently while doing her work. I told her that what she should do was to concentrate on talking to me first to end our chat fast, after that, embark on her work one at a time. Subsequently, I told her to update her mentor on her progress and explain to her (her mentor) why she could not finish. I knew her mentor would understand because they attended the event together that night and she is a very nice and reasonable person.

So, guess what?! It worked brilliantly. She texted me the next morning that her mentor actually praised her for completing at least 30% of the tasks in such a short period of time. She thanked me as well and I felt extremely happy.

The Moral Of The Story

When you are facing any situation or any issue with your girlfriend, do not respond carelessly and impulsively. It’s normal to respond to the situation by HOW YOU ARE FEELING AT THAT MOMENT. When you are feeling down or frustrated, you tend to respond to things in a negative attitude with an unpleasant tone. But, this way doesn’t work most of the time when either one of you or both of you are having bad mood or are feeling terribly.

My advice for you is…

Remember! Always think about her feelings and “I want to make her happy!”. It’s the most important thing. If you could learn today’s tip by heart, I believe you could avoid many quarrels between you and your girlfriend and upgrade your relationship to the next level!

Although this article is written in the way for male readers who have a girlfriend, I think the advice of jumping out from your current situation to make a wise decision is suitable for all readers. Everyone should capture this skill to better manage different situations in your lives. Don’t rush to conclusions nor carelessly respond to any situation without thinking.

I hope you enjoyed my sharing. This is not the end of the “How to make my girlfriend happy?” question. I know there isn’t a best and only answer to this question because this depends on a lot of factors. Whenever I have experienced something in the future that is worth to share about making your girlfriend happy, I would post another personal case study on this.

All my best to your lovely relationship!

Free Online Relationship Help: How to Resolve a Quarrel in just 4 Steps?

How To Have Great Foreplay? 8 Steps For Men

Full Fujifilm Instax Review: How to choose the right Instax Camera for me?

Jerry Huang is a young internet entrepreneur specializing in affiliate marketing. He is also the founder of Long Distance Mentors. He is passionate in helping couples to overcome obstacles in long distance relationships as he has years of experience in building a successful long distance relationship with his girlfriend who is 10 years older than him. His hobbies are reading, playing badminton and building home-based business.

Best Masturbator You Could Ever Have